If you drive from Sunni Muslim Sidon to Shia Muslim southern Lebanon, you can travel from Saudi Arabia to Iran in 10 minutes. Sidon – like Lebanon’s other great Sunni majority city, Tripoli – has always basked in the favour of the Saudi monarchy.

The south, with its mass of Hezbollah fighters – armed and paid for by Tehran, its “martyr” photographs plastered across the walls of every village – has long been a lung through which Saudi Arabia’s Iranian enemies breathe. But now Saudi Arabia, blundering into the civil war in Yemen and threatening to send its overpaid but poorly trained soldiers into Syria, has turned with a vengeance on Lebanon for its unfaithfulness and lack of gratitude after decades of Saudi largesse.

After repeatedly promising to spend £3.2bn on new French weapons for the well-trained but hopelessly under-armed Lebanese army, Saudi Arabia has suddenly declined to fund the project – which was eagerly supported by the US and, for greedier reasons, by Paris. Along with other Gulf states, Riyadh has told its citizens not to visit Lebanon or – if they are already there – to leave. Saudi Airlines is supposedly going to halt all flights to Beirut. Lebanon, according to the Saudis, is a centre of “terror”.

What prompted all this spite was a ferocious attack on the House of Saud by Hezbollah’s chairman, Sayyed Hassan Nasrallah, whose battalions are fighting and dying alongside Bashar al-Assad’s soldiers in Syria and killing the Islamist rebels who share a Sunni Wahabi faith with the Saudis.

After pouring billions into Lebanon for decades – rebuilding the country after successive Israeli invasions and air raids – the Saudis find that they cannot prevent the Shia, whose government representatives include Hezbollah party members, from expressing their fury at Riyadh, especially after the Kingdom chopped the head off the popular and learned Saudi Shia cleric, Nimr al-Nimr. Why, the Saudis say, did Lebanon not even join in the chorus of condemnation against Iran when Saudi diplomats were assaulted in Tehran? 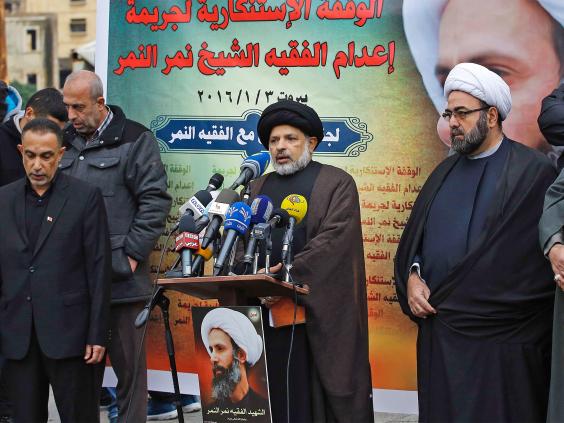 The Saudis will probably regret this assault. Pulling Lebanon’s financial magic carpet away opens the country up to other “friends”, not least Iran which, according to the latest Beirut reports, would be happy to fund the Lebanese army to the tune of £7bn – providing, of course, the newly purchased weapons come from Tehran, and not from Paris.

The Americans and the British, desperate to prop up the secular Lebanese army with enough weapons to protect the country from Isis – which briefly took over the north-eastern Lebanese town of Ersal and still holds nine Lebanese soldiers captive – are pleading with the Saudis to keep their original £3.2bn promise.

But this latest crisis since the last greatest crisis in the drama of Lebanon – which currently has no president and no proper functioning parliament and not even a rubbish collection – is not without its own unique comedy.

Saudis will find no problem in abandoning Saudi Airlines’s lacklustre hospitality en route to Beirut in favour of the infinitely more luxurious aircraft of Emirates Airlines. And warnings of “terror” are not going to stop Saudis desperate for the fleshpots of the Levant from travelling to Beirut once the temperatures boil up in the streets of Riyadh and Jeddah.

The nightclubs and high-class sex workers of Lebanon will not fall victim to the aggressive politics of the Kingdom’s young and newly powerful princes. And then there is the unfortunate case of “Prince Captagon”, the Saudi royal family member still in a Lebanese prison for allegedly trying to smuggle drugs on to his private jet at Beirut airport last year.

The moment he was arrested, the Saudi ambassador to Lebanon called up the Lebanese foreign minister and haughtily announced that his immediate release was a “political” imperative.

The Sunni Lebanese Future Movement’s leader and former Prime Minister, Saad Hariri, is a Saudi citizen – as was his assassinated ex-prime minister father Rafiq – and is now quite taken aback by the wilful actions of a nation to which he has always given as much allegiance as he has to Lebanon. The Future Movement, it seems, did not try hard enough to ameliorate Lebanon’s official criticism of Saudi Arabia in the Arab League and should have prevented Hezbollah from destabilising Yemen and Bahrain – even though there is no physical proof that either Hezbollah or Iran have actually been involved in the Yemeni war or the Shia revolt against the Bahraini autarchy, where a Sunni king rules over a Shia majority.

Needless to say, the Sunnis of Tripoli are issuing proclamations of their undying gratitude to the Saudi royal family for the ceaseless flow of dollars which has smothered them in years gone by.

Sheikh Mohammed Yazbek, the head of Hezbollah’s Shariah Council, insisted that it was the Saudis who should apologise to Lebanon which “has always been on the side of the Arab nation”. The country, he said – and this was a prim way of alluding to the Saudis’ abiding interest in the sleazier side of Lebanon’s entertainment industry – was “not a farm for the al-Saud family and others”. But the Hezbollah have their own sniffy way of reacting to insults. 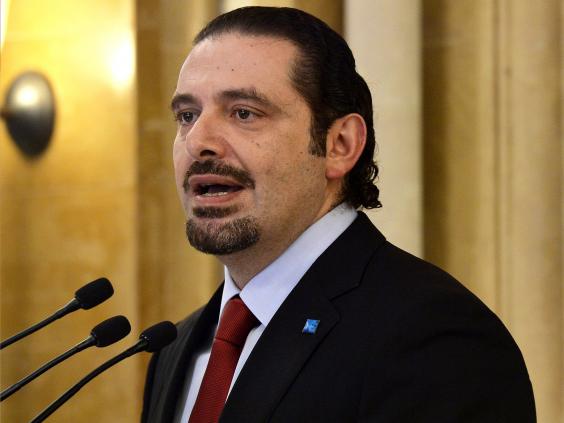 “Spontaneous” Shia protest demonstrations  were held in the southern suburbs of Beirut when a local television station lampooned the unassailable Sayyed Nasrallah. A cartoon had depicted the Hezbollah leader proclaiming his total and absolute denial of all Iranian influence – until a hand marked “Iran” appeared from the left-hand side of the screen, at which point the cartoon Nasrallah slobbered all over it. 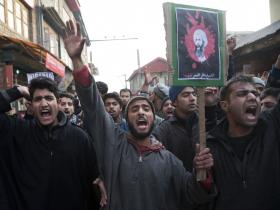 The sad truth is that the Saudis are publicly praised and secretly reviled across the Muslim Middle East because they are very rich and most of their fellow Arabs, comparatively, are very poor. Generous the Saudis have been – propping up their favourite political causes, constantly repairing Lebanon, building hideous new mosques in Bosnia and spending in the casinos of Europe – but open-minded they are not.

No wonder some in Beirut are asking whether, crushed by the collapse of oil prices, the cost of its Yemeni adventure and facing a lake of poverty among its own people, Saudi Arabia isn’t simply running out of money. In which case, a newly desanctioned Iran would be happy to take the monarchy’s place as the financial saviour of Lebanon – as well as play the new policeman of the Middle East, courtesy of the US. Strange, isn’t it, that the name “Israel” hasn’t once popped up in this saga?