You can see the Syrian army’s spanking new Russian T-90 tanks lined up in their new desert livery scarcely 100 miles from Isis’s Syrian “capital” of Raqqa.

There are new Russian-made trucks alongside them, and a lot of artillery and – surely Isis’s spies are supposed to see this – plenty of Syrian soldiers walking beside the perimeter wire beside Russian soldiers wearing floppy military hats against the sun, the kind they used in the old days in the summer heat of Afghanistan in the 1980s. There’s even a Russian general based at the Isriyah military base, making sure that Syrian tank crews receive the most efficient training on the T-90s.

No, Russian ground troops are not going to fight Isis. That was never the intention. The Russian air force attacks Isis from the air; the Syrians, the Iranians, the Afghan Shia Muslims from north-eastern Afghanistan, the Iraqi Shias and several hundred Pakistani Shias must attack Isis and Jabhat al-Nusra on the ground.

But the Russians have to be up in the desert to the east of the Aleppo-Hama-Homs-Damascus axis, both to train the Syrian tank crews and maintain an eastern base of forward air controllers to guide the Sukhoi bombers on to their night-time targets.

Everyone on the Syrian front lines will tell you that the Syrian air force bombs its enemies only in clear weather. When the winter clouds descend and the rain falls across northern and eastern Syria, the Russians take over.

“The Syrians are low enough to see – the Russians, when they come, you never see them,” as one constant visitor to the war fronts put it with military simplicity. No wonder senior Russian officers are now also attached to the Syrian army command in Aleppo.  Vladimir Putin doesn’t do things by halves. 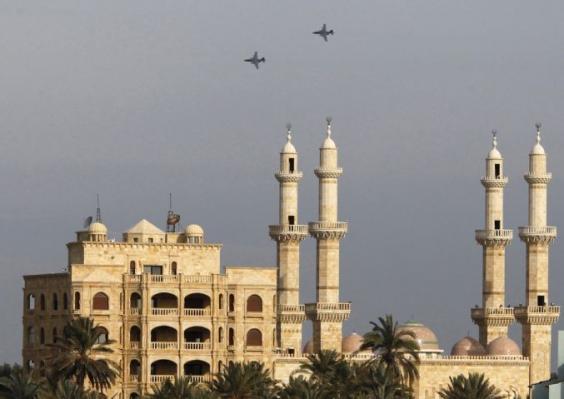 Russian warplanes fly in the sky over the Mediterranean coastal city of Latakia, Syria

Yet the most important military support  the Russians have given to the Syrians is not the tanks – impressive though they look – but the technology that goes with them.

Syrian officers have been shown how the new T-90 anti-missile system causes rockets to veer off course only yards from the tanks when fired directly at them. Is this the weapon that might defeat the mass rocket assaults of Isis and Nusra? Perhaps. Even more important for the Syrians, however, are the new Russian night-vision motion sensors, and the electronic surveillance-reconnaissance equipment which enabled the government army to smash through the Nusra defences in the mountainous far north-west of Syria, breaking the rebel supply lines from Turkey to Aleppo.

In an army that has lost well over 60,000 dead in almost five years of hard fighting, Syria’s officers have suddenly discovered that the new Russian technology has coincided with a rapid lowering of their casualties. This may be one reason for the steady trickle of old “Free Syrian Army” deserters back to the ranks of the government forces, depleting even further David Cameron’s 70,000-strong army of “moderate” ghost soldiers. Intriguingly, since the start of the war in 2011, a far higher percentage of Syrian police and political security personnel have gone across to Bashar al-Assad’s enemies than have soldiers in the regular army. There have been 5,000 security personnel defections out of a total force of 28,000 police. 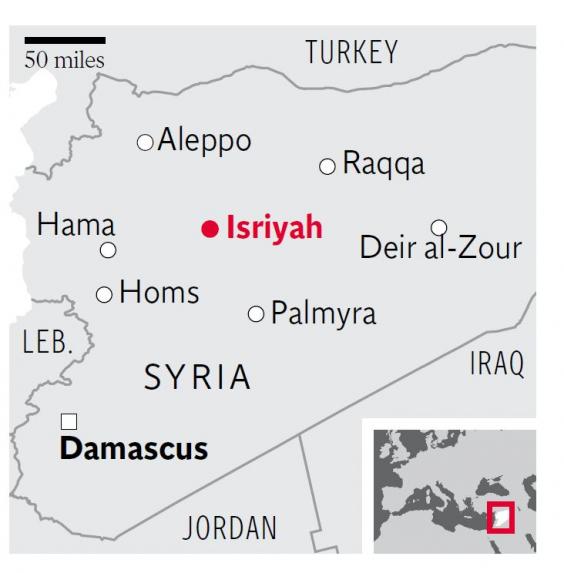 The Russians are in a unique position among Syrian ground forces; they can train the Syrians how to use the new tanks and then watch how the T-90s perform  without having to suffer any casualties themselves. Originally, there were plans to recapture Palmyra, the Roman city already partly vandalised by Isis, but the difficulties of the flat desert terrain have persuaded the Syrians that offensives in the north to cut off all rebel routes from Turkey into Syria will be far more worthwhile.

No wonder the Turks are now laying down shellfire amid Syrian forces along their mutual border. The Russians, of course, find it far easier to train men to fight in cities or mountains – environments in which they themselves have fought – than in deserts, in which no Russian military personnel have had experience since Gamal Abdel Nasser’s war in Yemen.

The offensives that retook the Shia villages of Nubl and Zahra last month were of great interest to the Russian military. For the first time, Syrian army Special Forces, Iranian Revolutionary Guards and Lebanese Hezbollah fighters operated together with Syrian tanks and helicopters, blasting their way through 20 miles of villages and open countryside in just eight days.

But the statistics of foreign forces fighting for the Syrian regime appear to have been grossly exaggerated in the West. There are fewer than 5,000 Iranian Revolutionary Guards in Syria – this includes advisers as well as soldiers – and the other 5,000 foreign fighters include not only Afghans and Hezbollah but Pakistani Shia Muslims as well.

Despite all the boasts of Saudi Arabia that it has formed a massive, if hopelessly untrained, “coalition against terror”, it seems that the Syrians, Iranians and Hezbollah have managed to operate together in difficult, rainy terrain and win their first major joint battle. Iranian forces are now being used on the front lines for the first time, principally around Aleppo. Their first advance began in the south Aleppo countryside in November. Officially, they and the Syrians were said to be planning to open the old international highway from Aleppo to Hama, but the real plan was to break the sieges of the Shia villages of Fuah and Kafraya.

In the eastern countryside, Colonel Suheil Hassan, the “Tiger” whom some of the Syrian military regard as their Rommel, has been heading north to end an Isis siege on a Syrian airbase.

But what of the Kurds, whose advance southwards has also endangered those rebel supply routes to Aleppo?  The Syrians are grateful for any Kurdish help they can get. But few in the military have forgotten the chilling events of 2013, when retreating Syrians sought refuge with Kurdish forces after the battle for the Mineq airbase. The Kurds demanded a vast tranche of weapons from the Syrian army in return for their men – soldiers for ammunition – in which millions of rounds of AK-47 and machine-gun ammunition and thousands of rounds of rocket-propelled grenades were sought in return for the release of the soldiers.

Among them was the acting Syrian commander at Mineq, Colonel Naji Abu Shaar of the Syrian army’s 17th Division. Events like these will not endear the Kurds to the Syrian army in future years.

Meanwhile, the Syrians continue to lose high-ranking officers in battle. At least six generals have been killed in combat during the Syrian war, allowing the army to proclaim that their top men lead from the front.

The commander of Syria’s Special Forces was killed in Idlib, and the commander of Syrian military intelligence in the east of the country was killed in Deir al-Zour. Major-General Mohsen Mahlouf died in battle near Palmyra. General Saleh, a close friend and colleague of Colonel “Tiger” Hassan, took on the suicide bombers of al-Qaeda in the Sheikh Najjar Industrial City outside Aleppo a year ago.

He told me that suicide bombers killed 23 of his men in one vast explosion there. I met him afterwards, and thought at the time that he had adopted a blithe – almost foolhardy – disregard of death.  Just a month ago, he drove over an IED bomb which blew off the lower half of his right leg. These are hard men, many of whom trained in a Syrian military college whose front gate legend reads: “Welcome to the school of heroism, where the gods of war are made.” Chilling stuff.