Editor’s Note: For years, a few activists have gone hoarse in trying to draw attention to the increasingly virulent anti-Shia hatred that has been spread all over the world by Salafi and Deobandi websites. Groups, websites and individuals like Ulma-e-Deoband, Umar Media, Tahir Ashrafi, Aurangzeb Farooqi, Ludhyanvi, Maulana Abdul Aziz (Lal Masjid) and the ASWJ accounts and activists like Aamir Saeed have been at the forefront in spreading hatred against Shias, Ahmadis, Sunni Barelvis and Sufis.

Recently, a Pakistani-Canadian was arrested for his connections with Deobandi hate group ASWJ-LeJ. He was maintaining ASWJ’s hate site against Shiite muslims. What was even more disappointing was the silence on this issue from the so-called liberal champions like Tarek Fatah. Tarek Fatah claims to be the anti-extremist champion but never bothered to discuss the hatred against Shia muslims that was being spread in his own backyard in Canada! Then again, he himself has a detailed history of engaging in hate against Shia muslims and their icons like Hazrat Abu Talib.

The following report by Yahoo, while providing important background suffers from a number of flaws. The anti-shia literature on the internet predates the Al-Qaeda/ISIS initiated civil war in Syria by more than a decade. The report also falls into the same false binary of Sunni vs Shia instead of highlighting the specific Deobandi and Salafi identity of hate groups like ASWJ-LeJ/Taliban/Boko Haram/ISIS/Al Qaeda. Removing these crucial facts removes important context.

A flood of anti-Shiite propaganda online and on satellite television is spreading bigotry and violence to countries which have so far had little experience of the sectarian hatred that has set the Middle East alight.

Shiite Muslims from Australia to Nigeria, from Britain to Indonesia, are increasingly the victims of intimidation and even violent attacks from fellow Muslims as hardline Sunni ideologies gain an ever more global reach.

“The rise of anti-Shiism or Shia-phobia, is quite concerning to Shiite communities living in the West, and the Internet, Youtube, Twitter and Facebook play a big role in promoting these hate messages,” said Yousif al-Khoei, a prominent Shiite community leader in London.

Khoei, a director of the Al-Khoei Foundation, a charitable and educational organisation, said there had been an increase in threats in Britain including against himself and has called for greater police vigilance.

Last year he helped Shiite victims of a violent attack by Islamic radicals, which the British press dubbed the “first case of Muslim sectarian violence in Britain”.

This year low level intimidation continues, Khoei said, particularly at some universities, where there have long been concerns over infiltration by Islamic radicals. 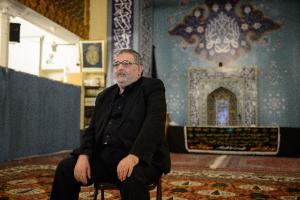 In Australia, a Shiite community leader was shot in the face outside a prayer hall on November 3, reportedly hours after passers by had shouted “Shiite dogs” and had threatened to return to carry out an attack.

In Nigeria, where attacks on Shiites are relatively rare despite widespread violence between Christians and Muslims, a suicide bomber killed 15 people at a Shiite ceremony, while in Vienna, a Shiite mosque was evacuated after a bomb threat.

And in Indonesia, the world’s most populous Muslim state, an “Anti-Shia Alliance” led by hardline Sunni clerics this year held its first national convention.

The great majority of the world’s Muslims are Sunni, and the schism with Shiite Islam dates back to a 7th century dispute over who should succeed the Prophet Mohammed. 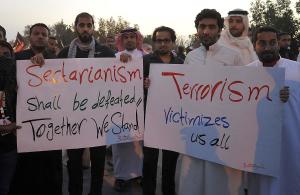 Sunni jihadists at the heart of the current anti-Shiite campaign claim Shiites have to pay for the bloody repression of Sunnis by Syrian leader Bashar al-Assad, a member of the Alawite sect, an offshoot of Shiism.

Assad’s backing by Shiite Iran and Lebanon’s Shiite Hezbollah movement has added to the vitriol.

The Internet is awash with anti-Shiite material, including gruesome videos of executions, part of a social media campaign by the Islamic State jihadist group which experts say has rallied thousands of Westerners to its cause.

Andrew Hammond, Middle East analyst at the European Council on Foreign Relations, said that the spread of smartphones and social media had given anti-Shiite sentiment global reach.

“I definitely think we’re seeing a wave of anti-Shiite bigotry… It’s obvious to see in recent years the readiness within the Sunni mainstream to take anti-Shiite positions which would not have happened before,” he said. 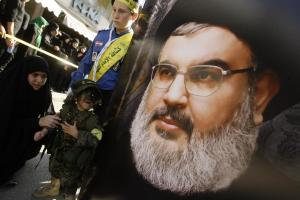 Rasoul al-Musawi, the Shiite community leader shot in Sydney, told AFP he could not be certain his attackers were sectarian, but said some shops in the city had put up “No Shiites” signs and the Islamic State’s black flag. 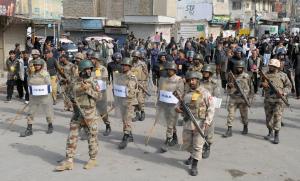 In London last year, radical Islamist protesters carried placards and shouted slogans including “Kill the Shia kafirs” and “Shia are allies of satan”.

Fahad, a Shiite, tried to remonstrate with them, but was beaten with fists and flag poles.

“They’re not going to stop,” he told AFP, giving only his first name.